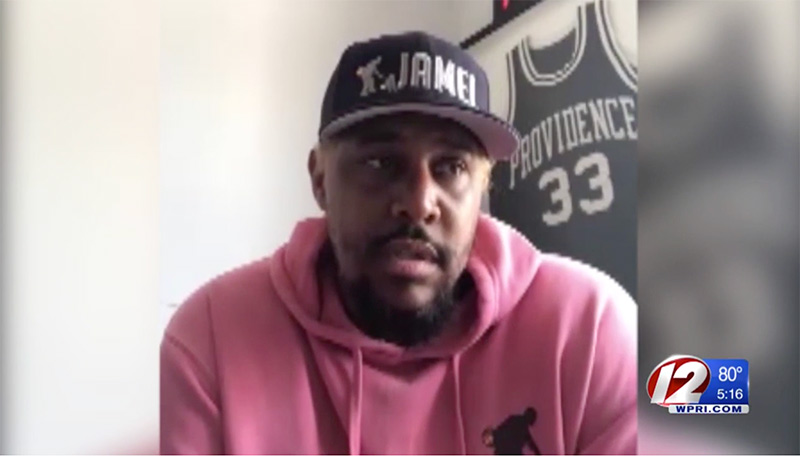 Posted at 12:23h in Uncategorized by jamel 0 Comments

Providence College Hall of Famer Jamel Thomas recalls the conversation with his adopted Mother the morning after he wasn’t selected in the 1999 NBA draft.

“I was laying in bed, my Mother said it doesn’t stop here. Keep moving forward and that’s why I did the line,” Thomas said.

The line he’s referring to his his clothing line, “Jamel,” which debuted June 16th–a few month earlier than expected in memory of his adopted mother and brother, both of whom died from coronavirus this past Spring.

“We couldn’t be next to each other because of what is going on and we just decided to start it.”

Thomas’ designs have gained popularity, catching the attention of emerging athletes and professional basketball players. The most important part is the logo which signifies a sense of hope, faith, courage and strength–traits he wished he had learned as an orphan on the streets.

“Me as a man telling my younger self, four years old I lost my Mother to gun violence and never met my Father everything is going to be alright.”

Now Thomas is the caregiver, protector, provider and inspiration for the next crop of kids from Brooklyn.

“Black, White, Asain kids, I just try to give back to the younger generation to give them all the information I have.”

And Thomas is donating a portion of sales to benefit orphans and underprivileged children.