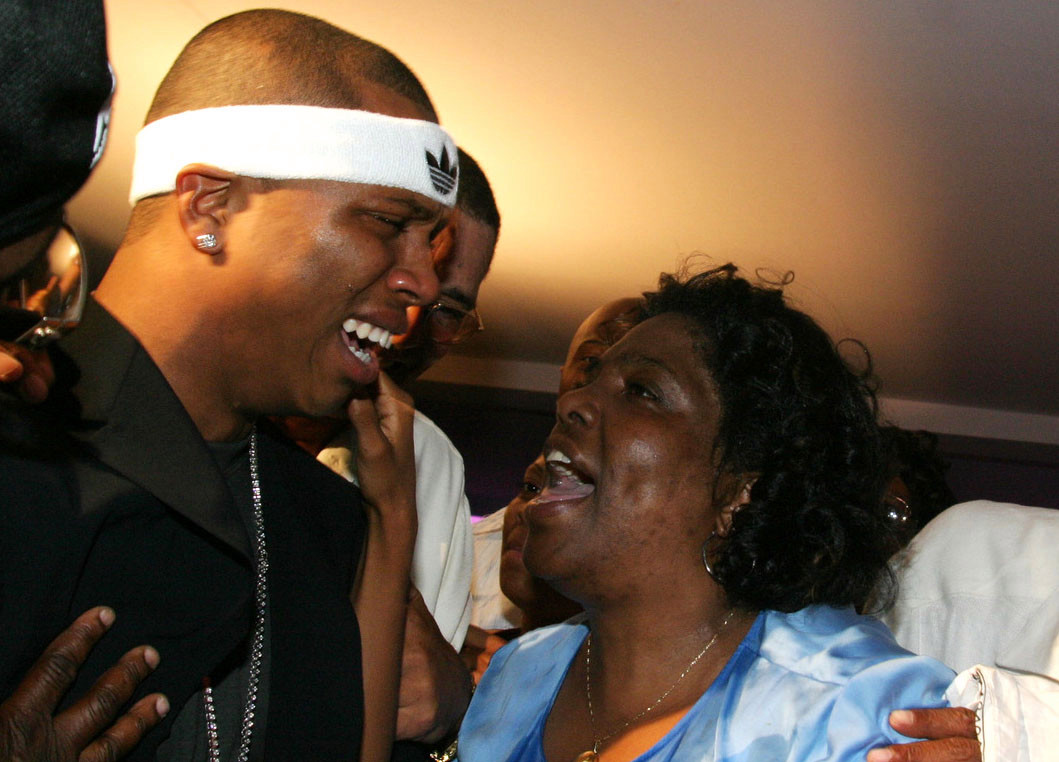 Posted at 21:45h in Uncategorized by jamel 0 Comments

Behind Sebastian Telfair, his younger brother Ethan and their half-brother Jamel Thomas, there was a support system that didn’t let them fail.

There was Erica Telfair, the matriarch of the family who took in Thomas, her nephew, at the age of 3 when his mother was killed. There was Dan Turner, Erica’s son and Sebastian’s older brother, pushing him to newfound heights in his journey to the NBA. Both were there for Ethan as he followed in his famous brother’s footsteps.

In the span of one month, they were both lost, succumbing to the novel coronavirus that is terrorizing New York City. Turner, 49, died March 28. Erica, after 38 days of fighting the virus in the hospital, died Monday at the age of 64.

“It’s been tough, but I’m just glad that they’re both not suffering anymore,” Thomas told The Post in a phone interview. “Everybody’s crying at home. Everybody is being safe, they’re staying in. There’s nothing we can do. We can’t go and console each other physically. But we do have a group chat and a group FaceTime. We talk and cry through that. That’s what we’ve been doing.”

Tragedy has already struck many homes in the area in the form of this pandemic, but few families have been hit harder than the Telfairs.

Sebastian and Ethan both posted heartfelt Instagram messages expressing their grief. Sebastian led Lincoln to three city titles and was drafted No. 13 overall by the Trail Blazers in 2004 after jumping to the NBA straight from high school. He ended up playing 10 seasons in the league before going to play in China. Ethan followed Sebastian at Lincoln and played at Idaho State from 2015-17, averaging 18.7 points and 5.1 assists.

“Obviously, they’re very, very emotional. They’re not doing well at all,” said the 43-year-old Thomas, who starred at Providence College and played parts of three NBA seasons before continuing his professional career overseas. “I tell them, ‘Just think about the good times, think about the smiles you put on our mother’s face. That’s it. Don’t think about anything else. Think about what you did for our mother, that’s the only thing you should be thinking about, and how we’re going to send her off right, the best way we can during this pandemic.’ “

Thomas described Erica as the person “keeping us together. Her support was through the roof,” always there to provide motivation in difficult times. She was placed in an induced coma while on a ventilator, but woke up from it after a few weeks and called Thomas. She waved at him in the video call and blew him kisses.

“I think she was just trying to tell me goodbye,” Thomas said.

She was placed in an induced coma again and had a stroke. A tracheotomy was considered, but there wasn’t enough time. She had a heart attack and was lost.

“She never drank, smoke or anything. She never did anything,” Thomas said. “No underlying conditions. She was just a healthy person that enjoyed food, enjoyed food and family.”

Thomas said the family isn’t certain where or how the two relatives contracted the virus. He believes Erica may have gotten it while attending the premier of her nephew Stephon Marbury’s documentary, “A Kid from Coney Island,” on March 5, and she could have passed it on to her son, who lived next door to her in Coney Island. A funeral for Turner, who had kidney problems, was held Saturday.

Turner coached at Lincoln and for the Juice All-Stars travel program. He was a fixture in the community, running the local basketball tournament in Coney Island bearing Sebastian’s name, a key mentor in his rise to NBA fame.

The 34-year-old Telfair was sentenced to 3¹/₂ years in prison last August after being convicted of weapons possessions in Brooklyn but is out on $500,000 bail and confined to house arrest from 7 p.m. to 7 a.m., according to TMZ.